Wayde is not only a big video game collector, but just a great guy in general. It doesn’t matter if he is talking to a multi million dollar collector, or someone just getting started, he treats and respects everyone the same and it is to be admired.

We had a lot of fun getting to know Wayde better and look forward to having him on in future episodes to get even deeper into games in general. 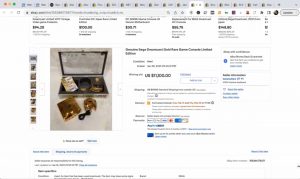 In this episode of Video Game Collectors Podcast, Josh shares a LOT of awesome recent eBay sales. Some are quite surprising to be honest. We 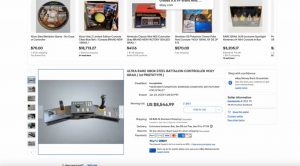 On Episode #51 of Video Game Collectors Podcast, we look at some notable eBay sales that might surprise you. We also look at some of 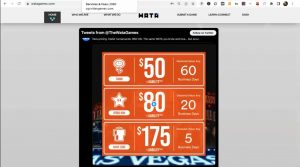 On episode #50 of Video Game Collectors Podcast, Josh and Matt Go over WATA’s new pricing structure, along with CGC’s Pricing, and VGA’s pricing to

The 3 of us (Josh, Deniz, & Matt) are all video game collectors and love video games in general. We love the history, finding them, telling stories about them, and even playing them. We all hold great memories and bonds with games. This helped us all form a bond together and share with each other our stories as well as make stories for the future.
Facebook Twitter Linkedin Apple

Subscribe and stay inform with our latest news, event and updates
JOIN NOW